Conquer Psiloritis, the highest summit of Crete, at 2456 meters! According to greek mythology, the Olympian god Zeus was raised on these slopes. The Psiloritis mountain range is listed as both a Unesco Global and a Unesco European Geopark because of its unique flora and geological features. Hike through a variety of landscapes on your way to the top in only three hours and be rewarded with a spectacular view over Crete!

We will enter the Psiloritis National Park, which is at the same time also a Unesco Global Geopark, and will ascend through a unique scenery which was formed millions of years ago when the tectonic plate of Africa started pushing itself under the European plate and this forced the southern edge of the European continent out of the sea. Gradually the flora will become more scarce on our drive to the Refuge "Lakkos tou Mygerou" at 1600 meters. We follow the Strata of Psiloritis which hundreds of people follow during a special event at the end of August every year.

The first part will feature a rather steep climb, but the morning freshness, regular breaks and, if needed, slow pace will make everyone feel comfortable. After about two hours we will join the path coming from the Nida Plateau and we will be just underneath the Agathias Peak, with 2424 meters, the third highest summit on Crete. From here we take turn to the right and start an easy walk of one more hour to reach the top of Psiloritis, the highest point of Crete (2456 meters), also called Timios Stavros. From here we will enjoy a splendid view over all mountain ranges, the Aegean sea and on clear days even Santorini on the north side and the Libyan sea and Gavdos island on the south side. After our picnic at the chapel on the top we will return to our starting point and drive to a traditional taverna... we need to refill our batteries after all. This trip takes you back to your accomodation quite early so you'll have time to relax after and enjoy this great experience in your minds and hearts. 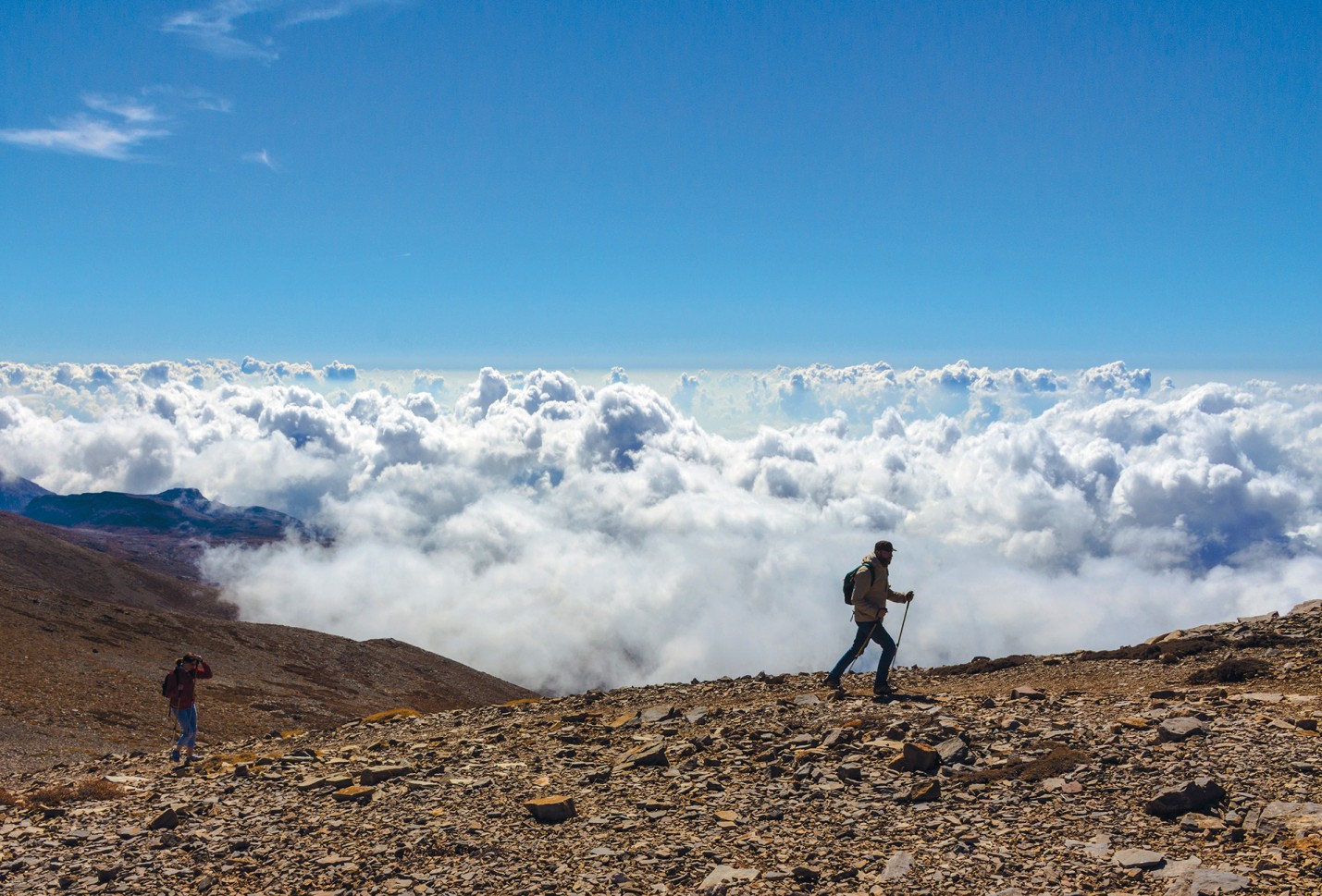 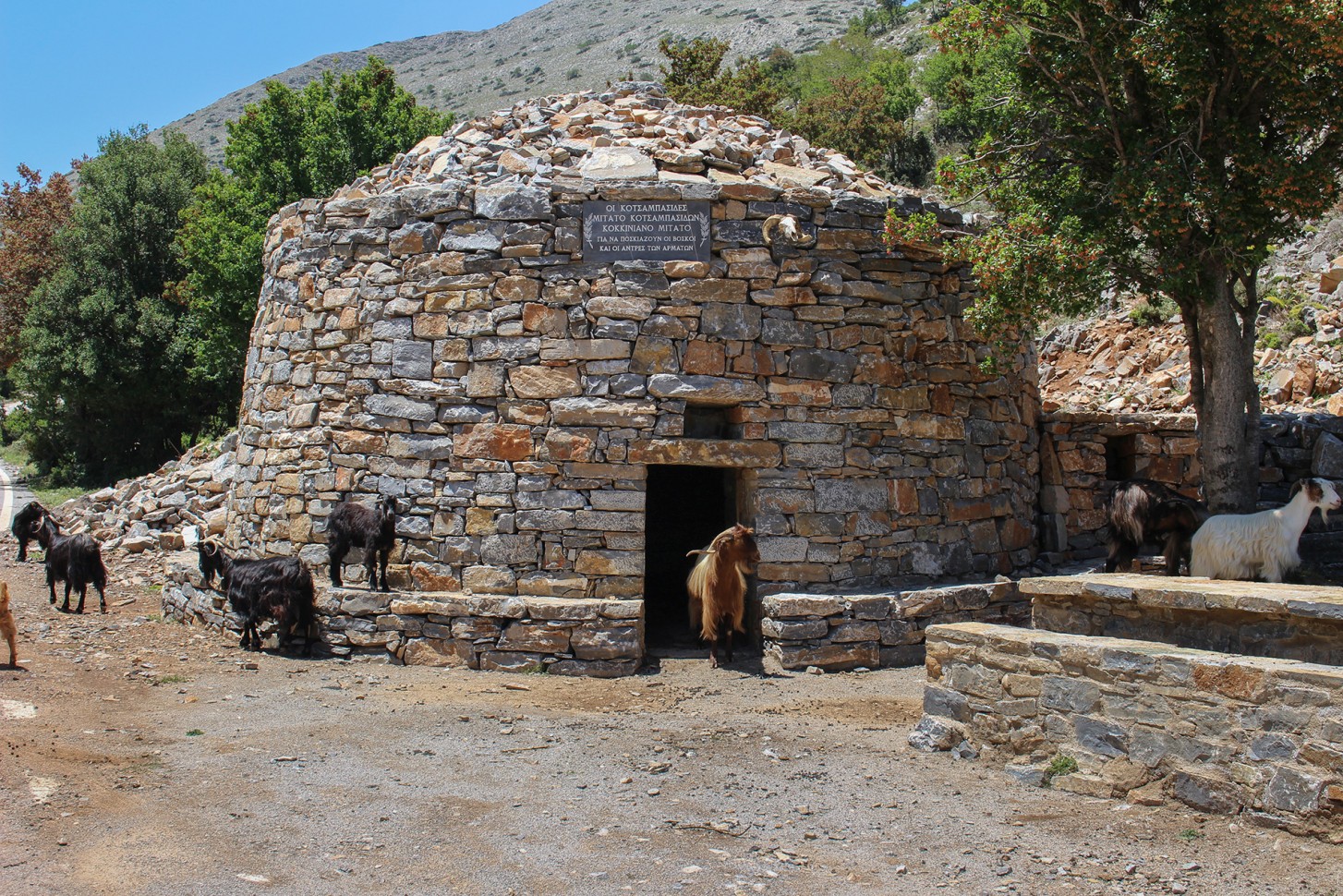 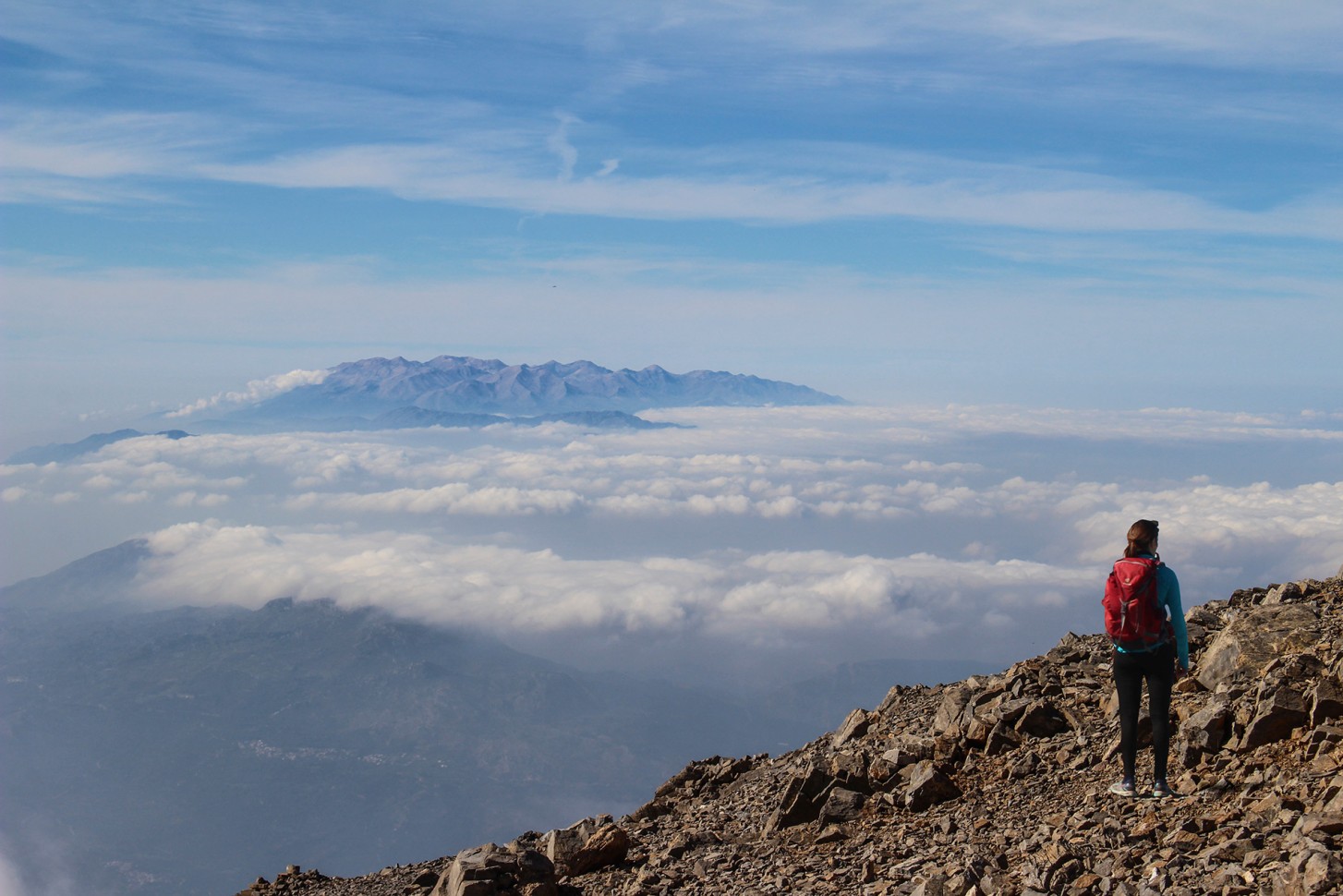 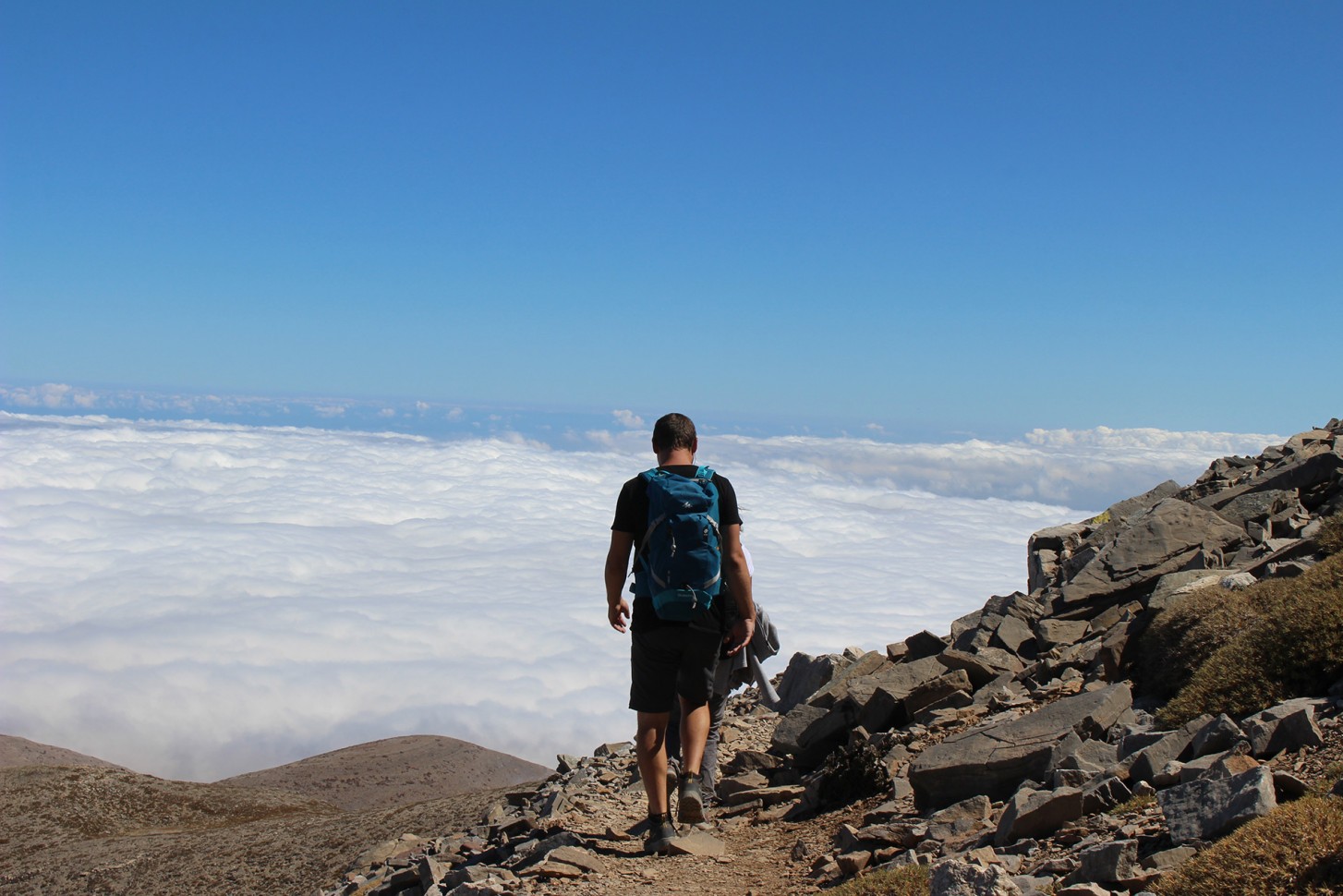 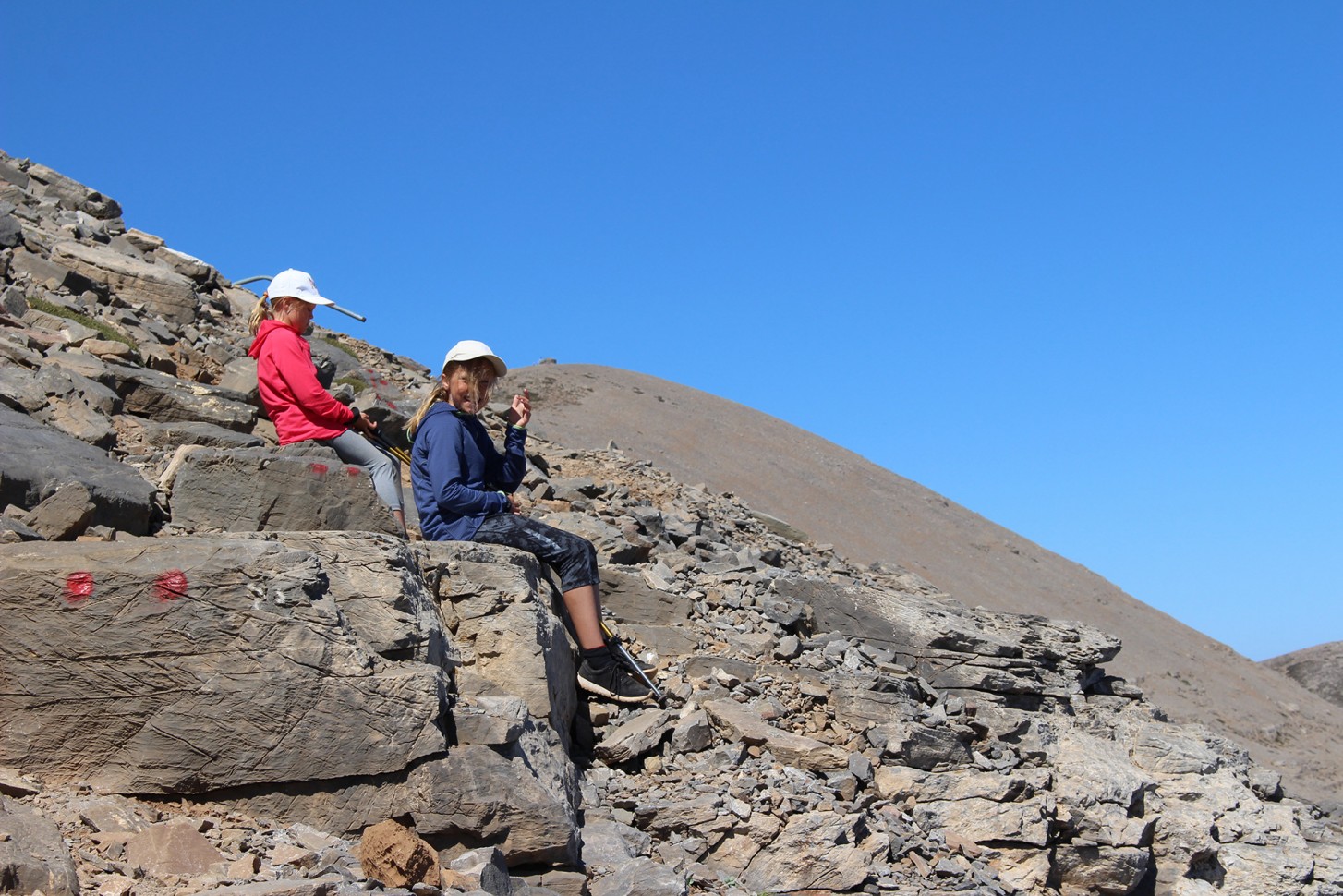 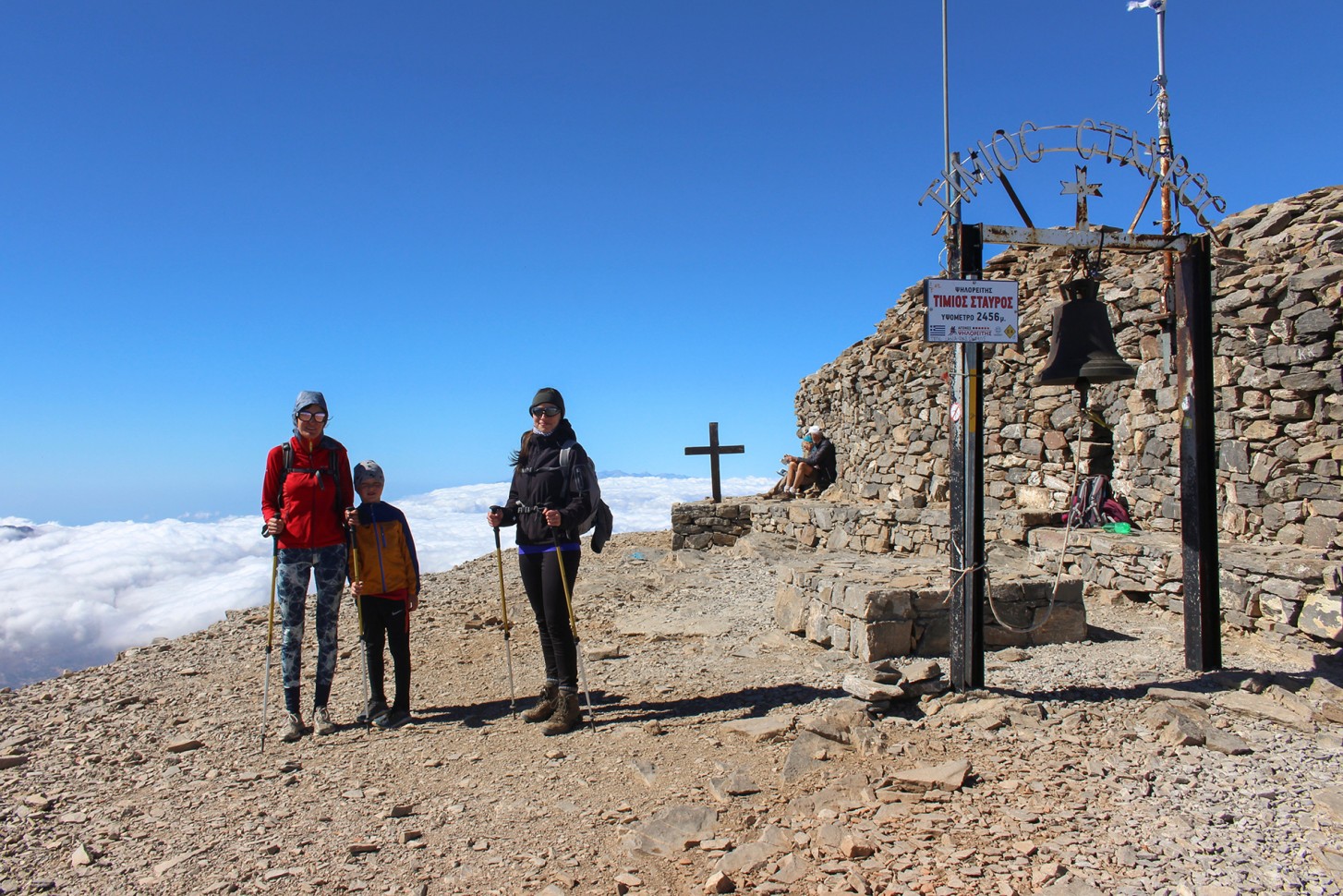 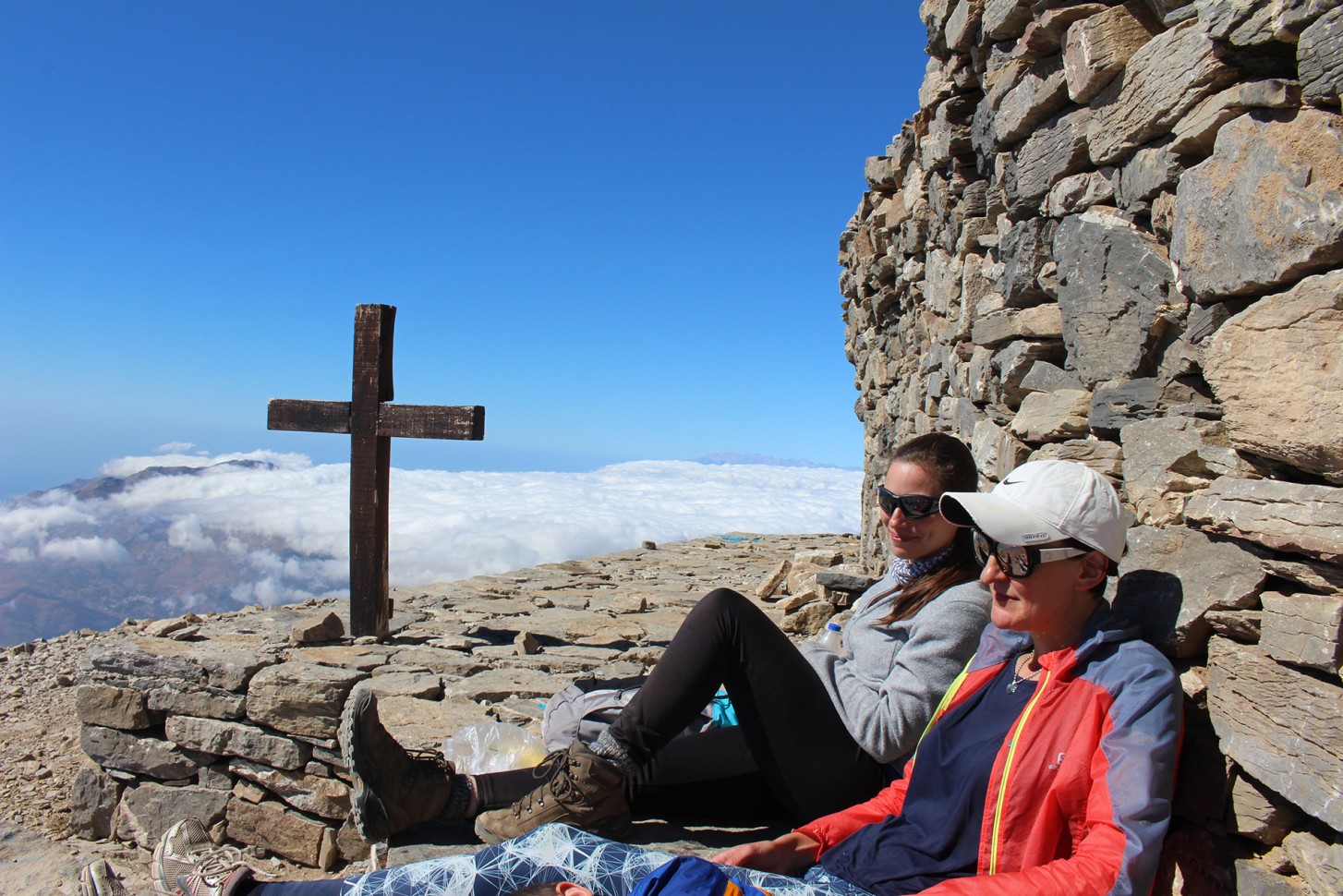 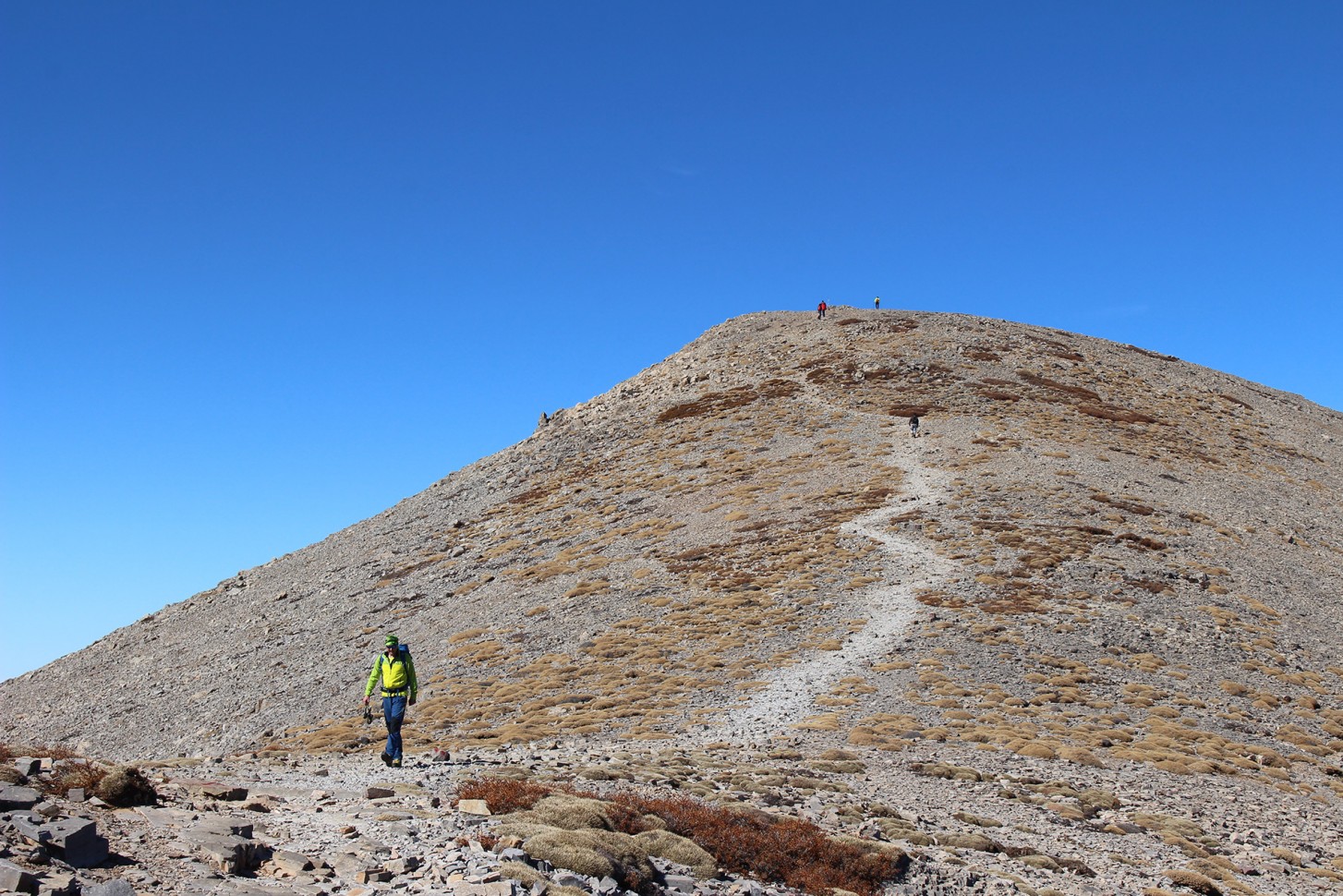 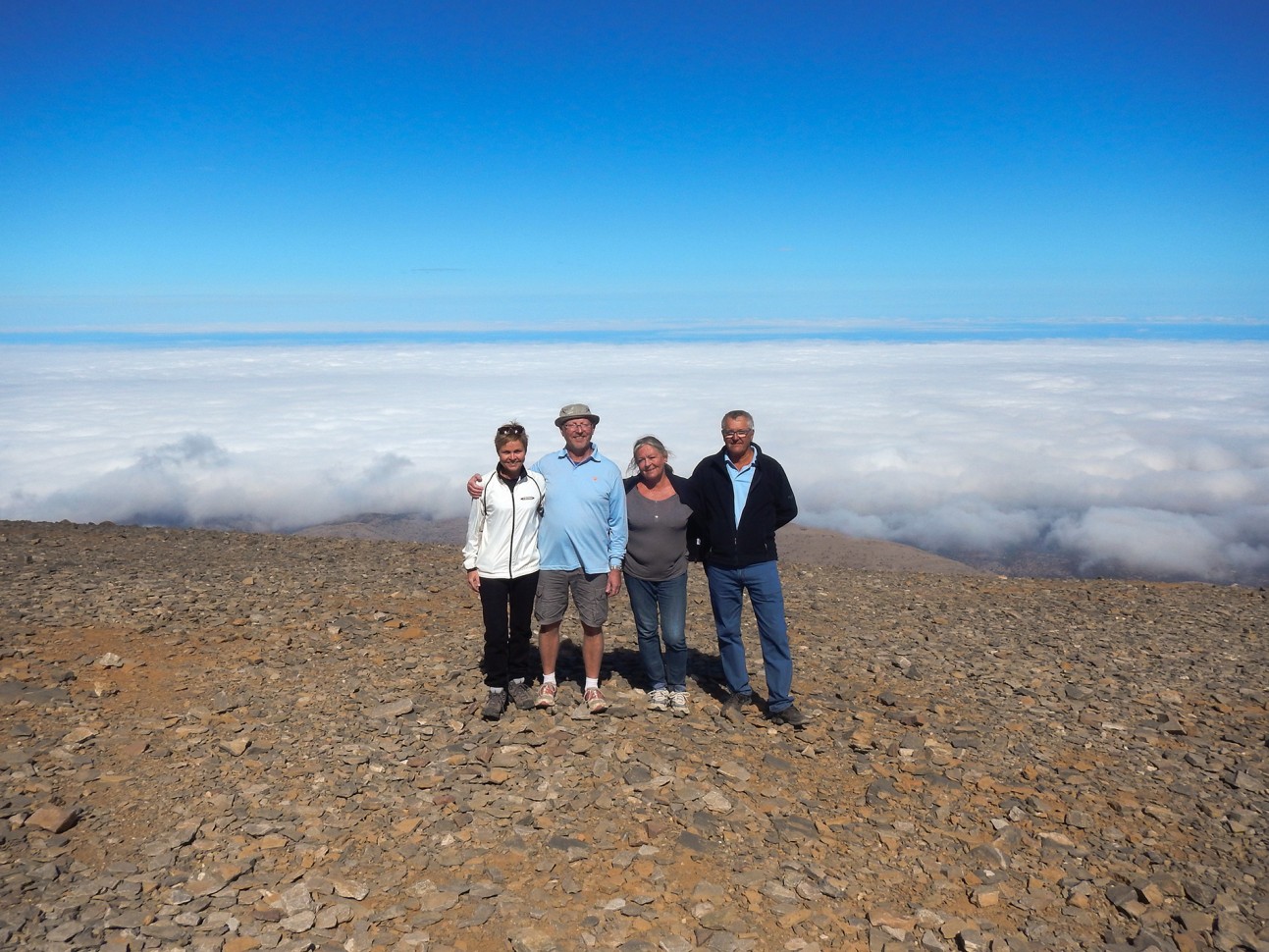