GETTING TO KNOW CHANIA 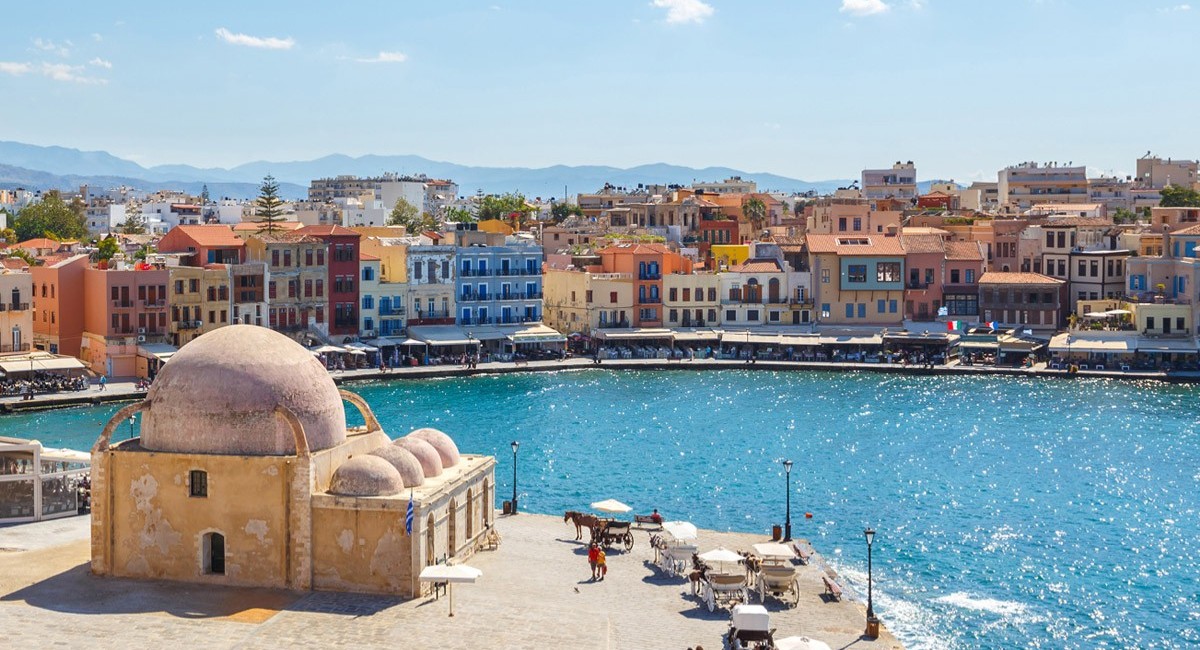 The Westernmost region in Crete with its romantically picturesque capital is a big favorite of everyone who visits. It’s full of beauty, history, and charm. It also has a diverse topography, from rugged mountains to a world-famous gorge, and heavenly beaches. The town of Chania is famous for its Venetian harbor and the old town with its winding alleys filled with bougainvillea and jasmine. The old city is full of authentic character, with charming vernacular architecture, a landmark mosque, the Egyptian lighthouse, and the absolutely gorgeous Venetian boatyards, which now serve as cultural venues. The nightlife caters to every taste, from elegant port-side cocktails and dining to casual music tavernas and late night venues. There is also excellent shopping. Chania is known for traditional leather craft, and there are also excellent boutiques for island-friendly fashions and crafts. For a splurge, there are also fabulous jewellery stores.

What's worth a visit in Chania?